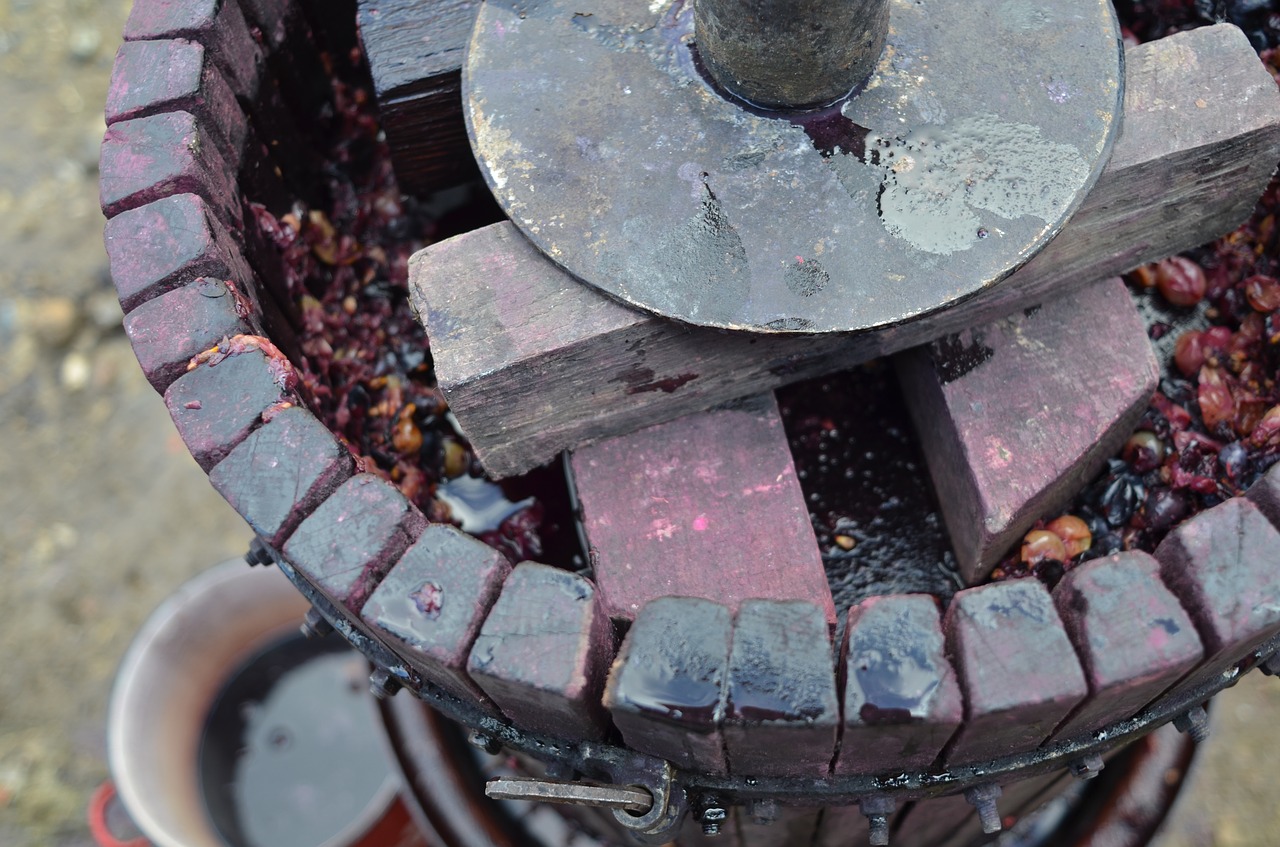 Whether it be a cup of water or a grape press as pictured above if we describe something has an overflow it typically means filled past an item’s capacity.

Sometimes, this is seen as a positive situation but at other times it is decidedly negative.

ESV  Joel 3:11 Hasten and come, all you surrounding nations, and gather yourselves there. Bring down your warriors, O LORD. 12 Let the nations stir themselves up and come up to the Valley of Jehoshaphat; for there I will sit to judge all the surrounding nations.

These two verses follow in the context of the Judeans having been instructed  to proclaim to the nations to prepare for war with every possible person and implement they can turn into a weapon. (See Joel 3:9-10).

Joel 3:11-12 continue the emphasis that the surrounding nations should respond quickly, not because they are to battle the Judeans, but because the Judeans’ Lord will be in the Valley of Jehoshaphat to judge them.

NET  Joel 3:13 Rush forth with the sickle, for the harvest is ripe! Come, stomp the grapes, for the winepress is full! The vats overflow. Indeed, their evil is great!

Both translations use many identical words. The NET though uses more dynamic punctuation to stress the urgency and certainty of the Lord’s judgment upon the surrounding nations who have been called to war with Him on account of how they have treated the Judeans. (See Joel 3:1-3).

ESV  2 Kings 6:17 Then Elisha prayed and said, “O LORD, please open his eyes that he may see.” So the LORD opened the eyes of the young man, and he saw, and behold, the mountain was full of horses and chariots of fire all around Elisha.

ESV  Deuteronomy 33:2 He said, “The LORD came from Sinai and dawned from Seir upon us; he shone forth from Mount Paran; he came from the ten thousands of holy ones, with flaming fire at his right hand.

ESV  Joel 2:11 The LORD utters his voice before his army, for his camp is exceedingly great; he who executes his word is powerful. For the day of the LORD is great and very awesome; who can endure it?

These references above help us understand the warriors in Joel 3:11 are the Lord’s heavenly army coming to execute His judgment.

The Lord’s army is the Judean’s and our greatest defender.

The Lord will hold accountable all who harm His believers.

When the Lord acts on our behalf it will be timely and swiftly.

Take a moment and review what has transpired up to this point in Joel:

Joel 1 detailed the plight of the Judeans due to a locust invasion followed by drought and fires. A call was issued to every member of the community to call out to the Lord.

Joel 2 compared the experience of the locust invasion to the Lord’s own army coming against the Judeans as unstoppable unless they turned their hearts back into a devoted relationship with their Lord. Assuming the Judeans did exactly this, the Lord then promises an overflowing restoration not only in physical sustenance but a surprisingly  abundant spiritual one as well.

Now in Joel 3:1-13 we have learned what the Lord will hold accountable all who take advantage or harm those who have turned their hearts to Him. His judgment is certain and will come once the time is ripe for it.

I believe the answer as to why the Lord’s swift judgment seems to tarry from our perspective is partially found in Joel 2:32:

ESV  Joel 2:32 And it shall come to pass that everyone who calls on the name of the LORD shall be saved. For in Mount Zion and in Jerusalem there shall be those who escape, as the LORD has said, and among the survivors shall be those whom the LORD calls.

It is also found in this passage:

ESV  John 3:16 “For God so loved the world, that he gave his only Son, that whoever believes in him should not perish but have eternal life.

Consider the following verse from the New Testament:

ESV  2 Peter 3:10 But the day of the Lord will come like a thief, and then the heavens will pass away with a roar, and the heavenly bodies will be burned up and dissolved, and the earth and the works that are done on it will be exposed.

I believe the Lord has instructed the Judeans and His followers today to proclaim the good news of John 3:16 (see above) because His desire is that no one will perish. Thus, we are called to share His message to all who will listen.

ESV  Genesis 18:20 Then the LORD said, “Because the outcry against Sodom and Gomorrah is great and their sin is very grave,

ESV  Matthew 13:39 and the enemy who sowed them is the devil. The harvest is the end of the age, and the reapers are angels.

In the Genesis verse above we learn God sent judgment against the cities of Sodom and Gomorrah because the outcry was great and the people in those cities were sinning gravely.

This reveals that our prayers, or outcries, to the Lord are not only heard but acted upon by the Lord when the timing is best.

When the disciples asked about Christ’s return his response was:

ESV  Matthew 24:36 “But concerning that day and hour no one knows, not even the angels of heaven, nor the Son, but the Father only.

ESV  Matthew 24:42 Therefore, stay awake, for you do not know on what day your Lord is coming.

ESV  Matthew 24:44 Therefore you also must be ready, for the Son of Man is coming at an hour you do not expect.

ESV  Matthew 28:19 Go therefore and make disciples of all nations, baptizing them in the name of the Father and of the Son and of the Holy Spirit.

Consider the following Psalm as our prayer today:

NET  Psalm 1:1 How blessed is the one who does not follow the advice of the wicked, or stand in the pathway with sinners, or sit in the assembly of scoffers! 2 Instead he finds pleasure in obeying the LORD’s commands; he meditates on his commands day and night. 3 He is like a tree planted by flowing streams; it yields its fruit at the proper time, and its leaves never fall off. He succeeds in everything he attempts. 4 Not so with the wicked! Instead they are like wind-driven chaff. 5 For this reason the wicked cannot withstand judgment, nor can sinners join the assembly of the godly. 6 Certainly the LORD guards the way of the godly, but the way of the wicked ends in destruction.

May your overflow be one of trust and peace in our Lord and Savior!