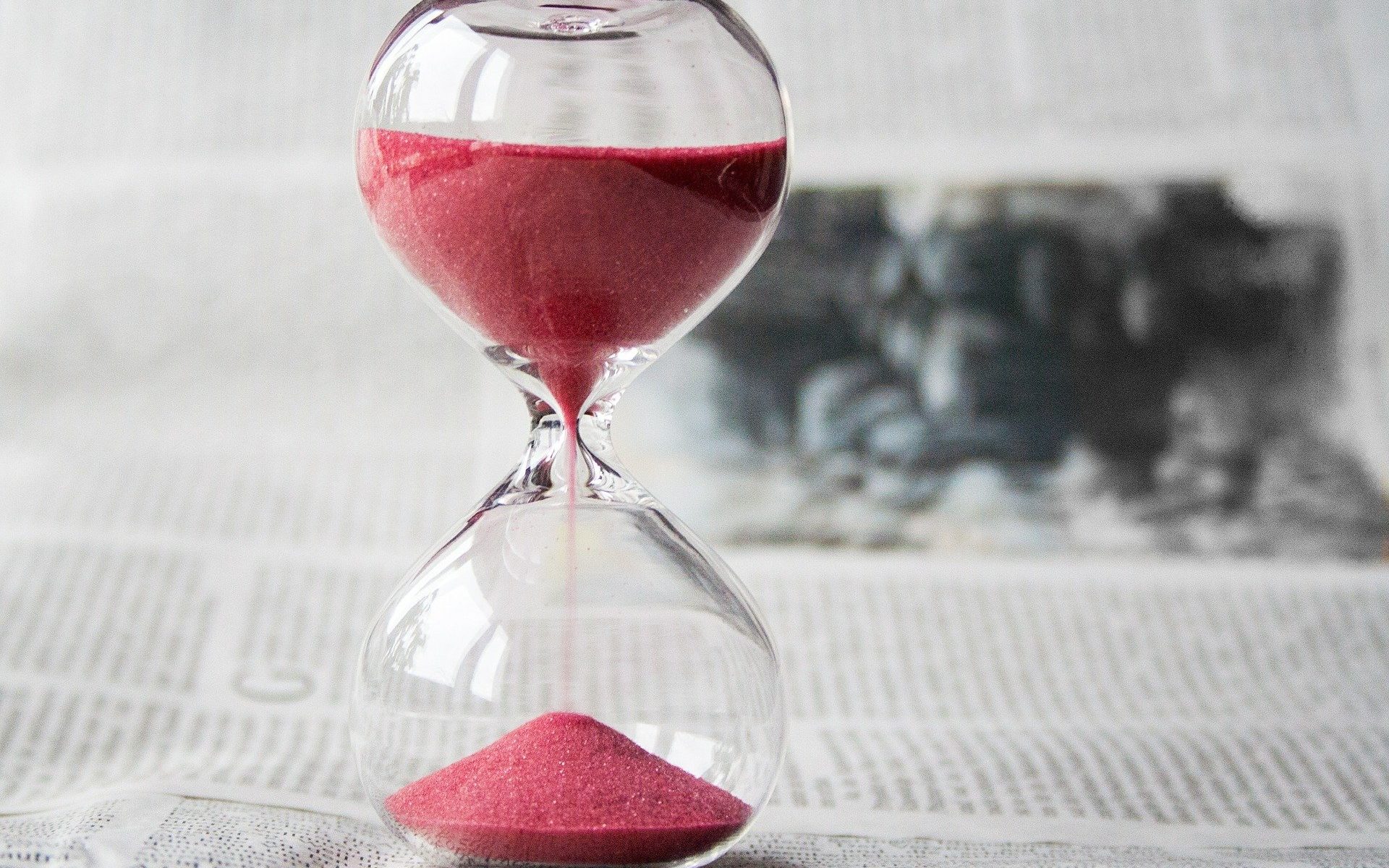 How do the words “come quickly” and the image of an hourglass  in motion impact you?

Do the words “come quickly” combined with the hourglass in motion yield excitement or dread in you?

How are the words “come quickly” and the image of an hourglass related to Joel 3:11?

This is a challenging verse that is a great example of needing to understand the context that surrounds it.

Who is initially speaking in this verse?

Consider the following verses from Joel:

ESV  Joel 2:11 The LORD utters his voice before his army, for his camp is exceedingly great; he who executes his word is powerful. For the day of the LORD is great and very awesome; who can endure it?

ESV  Joel 2:19 The LORD answered and said to his people, “Behold, I am sending to you grain, wine, and oil, and you will be satisfied; and I will no more make you a reproach among the nations.

Ultimately, the point is that the message may be given through the prophet Joel, but the initiator of the message is the Lord Himself.

Consider the following verses from Joel:

ESV  Joel 2:15 Blow the trumpet in Zion; consecrate a fast; call a solemn assembly; 16 gather the people. Consecrate the congregation; assemble the elders; gather the children, even nursing infants. Let the bridegroom leave his room, and the bride her chamber.

This book is primarily written to the Lord’s chosen people, the Israelites who live in and around Jerusalem or call upon His name in wholehearted worship.

In Joel 3:9 the Israelites are instructed to share part of this message with others.

Prior to Joel 3:9 the Lord announced why the Israelites should share tell the surrounding nations to prepare for war.

ESV  Joel 3:1 “For behold, in those days and at that time, when I restore the fortunes of Judah and Jerusalem, 2 I will gather all the nations and bring them down to the Valley of Jehoshaphat. And I will enter into judgment with them there, on behalf of my people and my heritage Israel, because they have scattered them among the nations and have divided up my land, 3 and have cast lots for my people, and have traded a boy for a prostitute, and have sold a girl for wine and have drunk it.

Joel 3:2 has already informed the Israelites the  surrounding nations will be brought to the Valley of Jehoshaphat or place of judgment from the Lord. But this is not specified yet to the nations in Joel 3:11.

However, the last sentence of Joel 3:11 gives the nations an inkling of what will be further revealed in subsequent verses.

Most translations separate the last sentence with blank space on the page so that it is easier to see a change of voice like this:

NIV  Joel 3:11 Come quickly, all you nations from every side, and assemble there.

Bring down your warriors, O LORD!

At first glance, the last sentence seems out of place given the context is a proclamation to surrounding nations to gather for battle.

What reasons can you think of that would cause a message being sent from the Lord through a prophet to His chosen followers that is then to be delivered to those who harmed them would include the interjection “Bring down your warriors, O LORD!”?

As I have been pondering this question,  I have realized this is not simply a sudden change of voice where the prophet Joel is interceding on behalf of the Israelites to do as the Lord has already promised to do earlier in the passage.

Although an interjection for intercession may certainly be a part of the intent, I also believe this sentence is communicating to the surrounding nations who they are coming to do battle with.

The surrounding nations are not being called to wage war with the Israelites whom they have taken advantage of by selling them for their own sordid pleasures as described in Joel 3:2-3.

Instead, those who have harmed the Lord’s people are being called to wage war with the Lord and His heavenly warriors.

Remember the earlier promise to those who worship the Lord:

ESV  Joel 2:32 And it shall come to pass that everyone who calls on the name of the LORD shall be saved. For in Mount Zion and in Jerusalem there shall be those who escape, as the LORD has said, and among the survivors shall be those whom the LORD calls.

Those who worship the Lord wholeheartedly will be saved.

ESV  Joel 2:17 Between the vestibule and the altar let the priests, the ministers of the LORD, weep and say, “Spare your people, O LORD, and make not your heritage a reproach, a byword among the nations. Why should they say among the peoples, ‘Where is their God?'”

The Lord is telling the surrounding nonbelieving nations who have mocked and ridiculed, as well as harmed His believers that He will hold them accountable for their actions.

This message is not just for the surrounding nonbelieving nations though.

It is also for all who believe the Lord is the true Lord of Heaven and Earth even today.

Read our verse for today again:

The ESV and NAS  translate the opening words of this verse as “hasten and come”.

Both “hasten and come” or “come quickly” communicate an urgency that all who hear the message in Joel are to notice.

Why the urgency to come quickly?

Think back to the picture of the hourglass at the opening of this post.

Where is the state of “time” at in your life?

Are you near the beginning of an average human’s lifespan or near the end?

How much time is left for you to share your faith with those around you who may have never heard to good news found in Joel 2:13?

ESV  Joel 2:13 and rend your hearts and not your garments.” Return to the LORD your God, for he is gracious and merciful, slow to anger, and abounding in steadfast love; and he relents over disaster.

My prayer for us is that we will be bold for our Lord in sharing His message of hope as well as warnings when called upon.

How has Joel 3:11 challenged or encouraged you today?