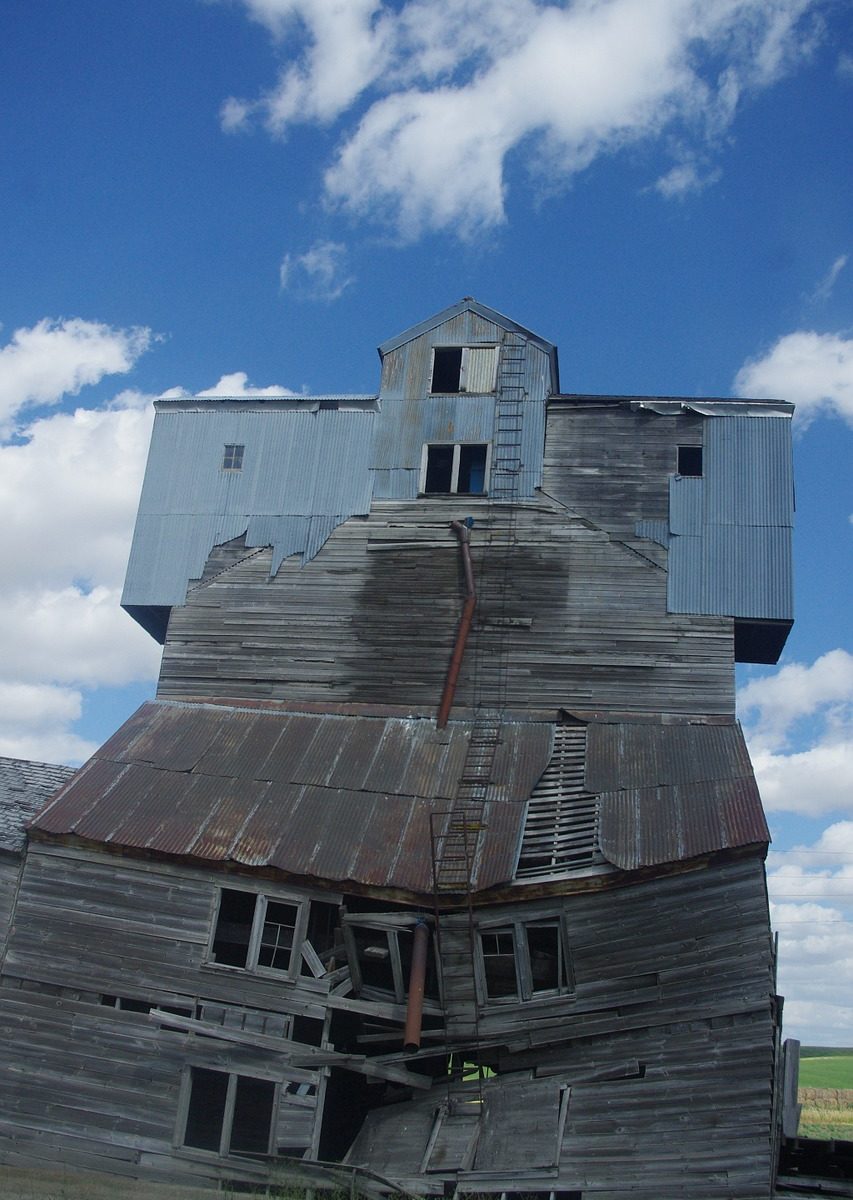 What happens when we neglect a building?

No matter how solid the building may have originally been, if neglect of maintenance occurs it will begin a process of decay.

The longer the neglect, the greater the decay.

The picture above shows an example of a granary that has suffered neglect.

What do you think led to the neglect of the building in the picture?

Prior to the building being in this state of neglect something had to have happened that either prevented or distracted the owner or caretaker from doing maintenance to avoiding the current state of disrepair.

Joel 1:17 states that Judah’s storehouses for grain have become desolate due to shriveled up seeds and thus being torn down.

What are we being told with this imagery?

Our study of Joel over the last few weeks has been repeatedly calling out the Judean community to heed a message from God about their current circumstances.

God, through the prophet Joel, has called the community to gather at the temple for a community fast and lament service in response to the devastating locust invasion that destroyed the food supply. The community has also been told what they are experiencing is a foretaste of the Day of the Lord indicating a time of judgment is not only coming in the future, but is mirrored in their current predicament that God purposefully sent.

ESV  Joel 1:17 The seed shrivels under the clods; the storehouses are desolate; the granaries are torn down because the grain has dried up.

Locusts have ravaged all living vegetation; storehouses of grain are empty and even the seeds in the ground are shriveled up! More frightening is that the LORD is claiming He is the source of this situation!

Most study Bible’s will indicate a cross reference to Isaiah 17:10 to help us understand what the LORD is telling the Judean community in Joel:

ESV  Isaiah 17:10 For you have forgotten the God of your salvation and have not remembered the Rock of your refuge; therefore, though you plant pleasant plants and sow the vine-branch of a stranger, 11 though you make them grow on the day that you plant them, and make them blossom in the morning that you sow, yet the harvest will flee away in a day of grief and incurable pain.

He sent the locusts and prevented the seeds from being productive because Judah had forgotten Him.

Have you ever been in a state of neglect with the LORD?

What did the LORD send into your circumstances to get your attention again?

I wish I could say I have never been in a state of neglect with the LORD.

But that would not be true. I am guilty of this just as the Judeans were back in Joel’s day.

Yes, just as Joel’s community suffered consequences from their LORD, I have too.

ESV  Hebrews 2:1 Therefore we must pay much closer attention to what we have heard, lest we drift away from it. 2 For since the message declared by angels proved to be reliable, and every transgression or disobedience received a just retribution, 3 how shall we escape if we neglect such a great salvation? It was declared at first by the Lord, and it was attested to us by those who heard, 4 while God also bore witness by signs and wonders and various miracles and by gifts of the Holy Spirit distributed according to his will.

The LORD is not simply just, He is merciful too. We will learn more about this as we continue through the book of Joel.

Meanwhile, may each of us trust the LORD who is ready to forgive, gracious and merciful, slow to anger and abounding in steadfast love. May we also seek to see our current circumstances, no matter what they may be, through His eyes.