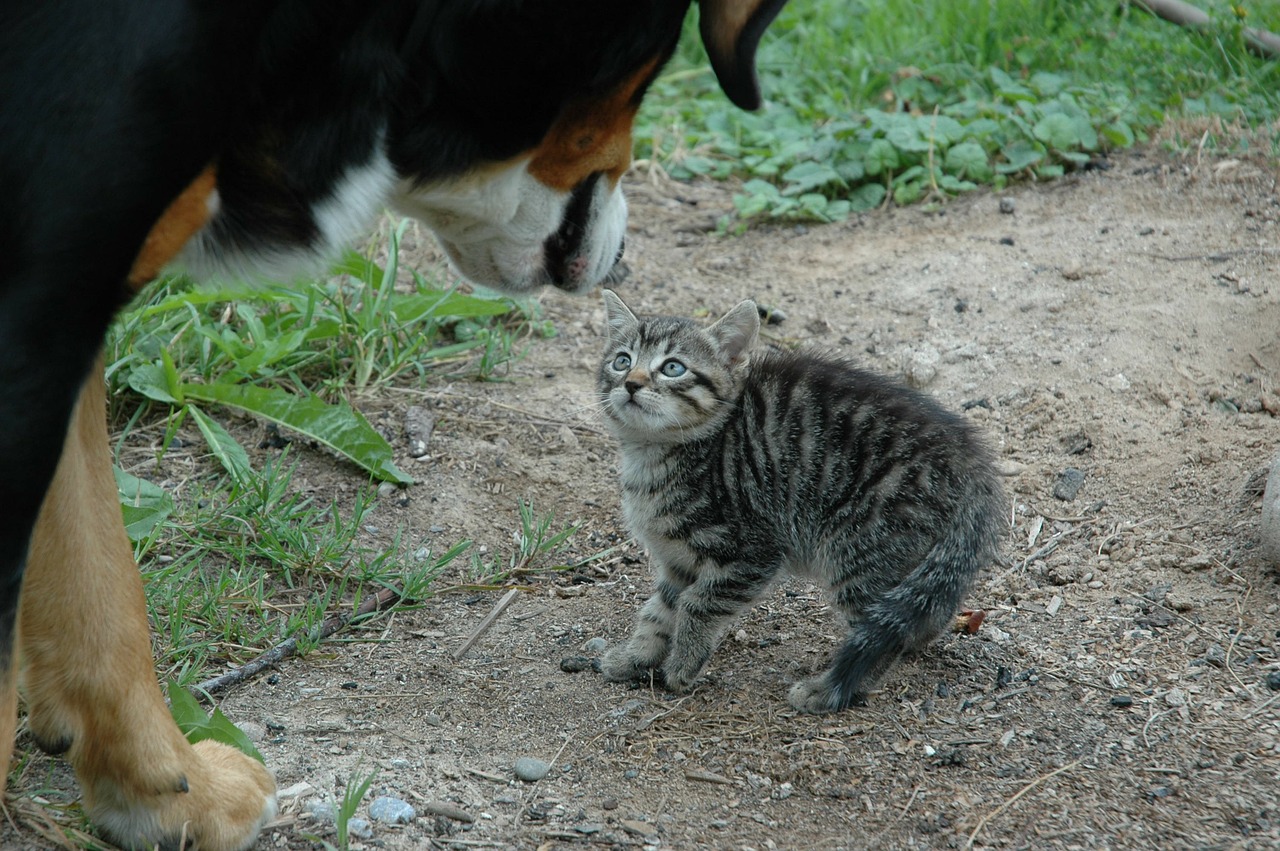 What do you think is happening in the picture above?

Is the dog simply curious about the kitten?

Or is the dog a threat to the kitten?

How do you know?

What if instead of a dog and cat, the picture was of two half-brothers?

One is your child. The other is the child of your husband with another woman who was your maidservant.

How do you interpret the photo now?

What does this have to do with Bible study?

Our verse today is:

Last week we were celebrating the weaning of Isaac in Gen 21:8.

Two verses later Sarah is demanding that Isaac’s half-brother Ishmael, and his mother, Hagar, be cast out.

We only have one verse between to piece this together:

ESV  Genesis 21:9 But Sarah saw the son of Hagar the Egyptian, whom she had borne to Abraham, laughing.

The fact that Sarah took offense to the laughing indicates she sensed this was not a jovial, shared laugh.

Rather, it was a threat.

What type of threat?

Sarah sensed that Isaac’s position as the promised heir, according to the Lord, was in danger by Ishmael’s behavior.

Digging deeper into the Hebrew word used in verse nine one learns that the verb tense used is meant to indicate a form of mockery.

Review how Hagar, Ismael’s mother had first behaved upon learning she was pregnant by Abraham:

ESV  Genesis 16:3-4 So, after Abram had lived ten years in the land of Canaan, Sarai, Abram’s wife, took Hagar the Egyptian, her servant, and gave her to Abram her husband as a wife. And he went into Hagar, and she conceived. And when she saw that she had conceived, she looked with contempt on her mistress.

Sarah had given her servant, Hagar, an Egyptian slave, to Abraham as his wife.

This was a common cultural practice when the first wife proved unable to produce a male heir.

The child would be considered Sarah’s even though Hagar was the mother provided Sarah remained barren.

But now, by God’s specific promise, Sarah had birthed Isaac with Abraham and they were having a feast in honor of the boy having been weaned.

Legally, since Hagar was no longer just a slave but Abraham’s second wife, this situation proved threatening to Isaac.

Isaac was still a toddler while Ishmael was a teenager.

As the older brother, Ishmael should have been protective instead of mocking Isaac.

Come back next week for a Bible study on how Abraham and God responded to Sarah’s demand.