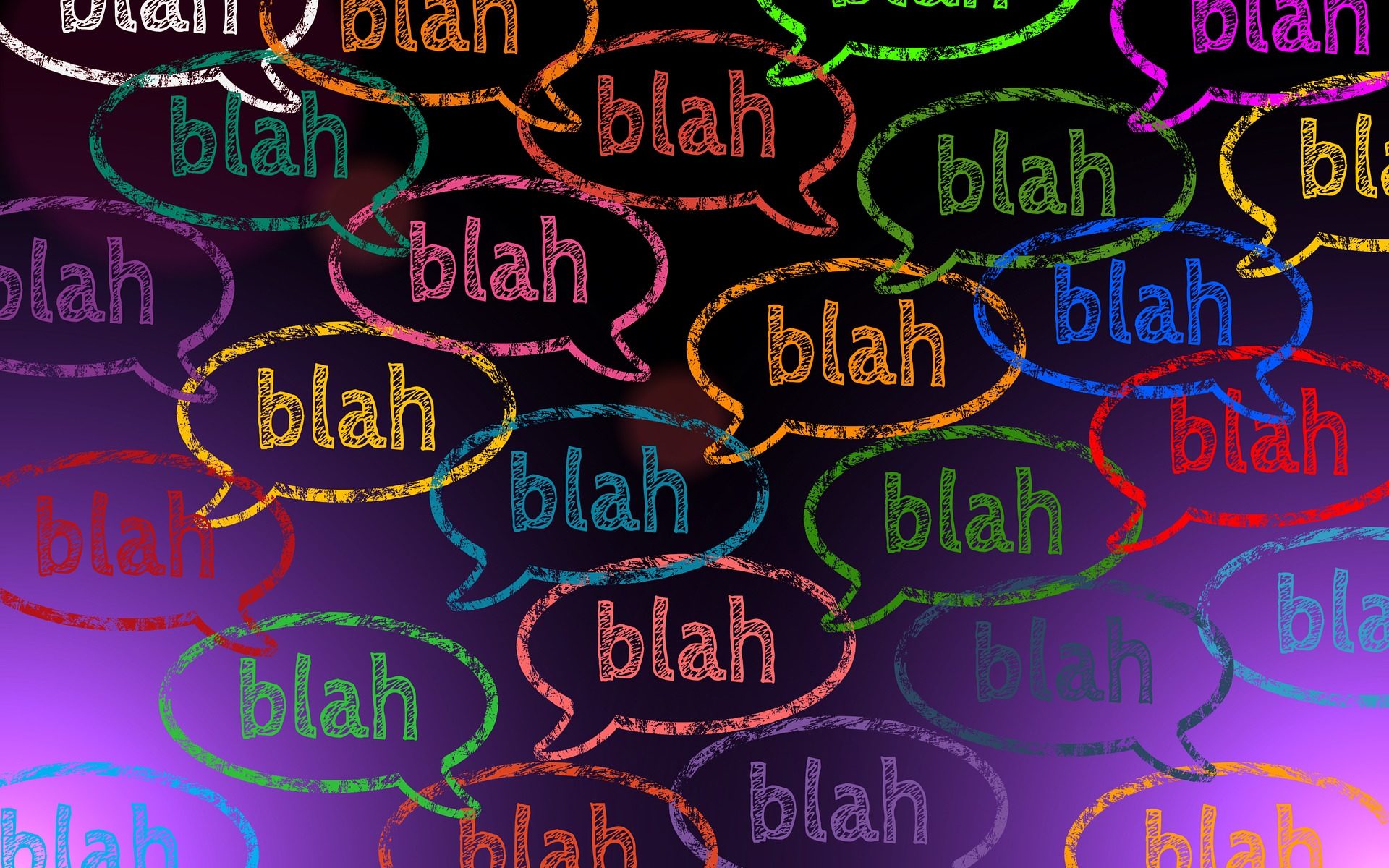 Depending on who I am with and what my role is I may be a quiet person of few words or someone who always contributes to the discussion.

Often, the larger the group I am in, the quieter I will be and the smaller and more comfortable I am with the people around, the more talkative I may become.

ESV  Matthew 6:7 “And when you pray, do not heap up empty phrases as the Gentiles do, for they think that they will be heard for their many words.

Prior to this verse Jesus instructed His followers to avoid the temptation to pray with a desire to be admired by fellow humans.

Jesus referred to those who prayed with the goal of seeking human admiration as hypocrites.

Now Jesus instructs His followers to avoid heaping up empty phrases or many words.

Jesus specifically states this was a typical practice of Gentiles or pagans meaning those who do not worship the God of the Israelites.

A vivid example of this exists in the following passage from the Old Testament when a challenge between Elijah, a servant of the God of Israel and the worshippers of a pagan god Baal where they are to each call for their God to rain down fire from heaven to consume an offering:

1 Kings 18:26-29 And they took the bull that was given them, and they prepared it and called upon the name of Baal from morning until noon, saying, “O Baal, answer us!” But there was no voice, and no one answered. And they limped around the altar that they had made.

Then Elijah, God’s prophet speaks up about the lack of an answer from the pagan god Baal:

27 And at noon Elijah mocked them, saying, “Cry aloud, for he is a god. Either he is musing, or he is relieving himself, or he is on a journey, or perhaps he is asleep and must be awakened.”

In response to Elijah’s ridicule of the lack of their god’s response the Baal worshippers did the following:

28 And they cried aloud and cut themselves after their custom with swords and lances, until the blood gushed out upon them. 29 And as midday passed, they raved on until the time of the offering of the oblation, but there was no voice. No one answered; no one paid attention.

In contrast to the Baal worshippers, Elijah now prepares to demonstrate that the God of the Israelites is a true God who hears and answers the prayers of His servants.

ESV  1 Kings 18:30-39 Then Elijah said to all the people, “Come near to me.” And all the people came near to him. And he repaired the altar of the LORD that had been thrown down. 31 Elijah took twelve stones, according to the number of the tribes of the sons of Jacob, to whom the word of the LORD came, saying, “Israel shall be your name,” 32 and with the stones he built an altar in the name of the LORD. And he made a trench about the altar, as great as would contain two seahs of seed.

With the above actions the altar is repaired with a trench that will contain 62 cups of dry grain.  Next, Elijah takes further steps to demonstrate there is no trickery on his part:

Now that the altar, bull, wood, and grain are fully drenched Elijah begins to pray to the God of Israel:

36 And at the time of the offering of the oblation, Elijah the prophet came near and said, “O LORD, God of Abraham, Isaac, and Israel, let it be known this day that you are God in Israel, and that I am your servant, and that I have done all these things at your word. 37 Answer me, O LORD, answer me, that this people may know that you, O LORD, are God, and that you have turned their hearts back.”

Immediately, the God of Israel responds to Elijah’s prayer:

38 Then the fire of the LORD fell and consumed the burnt offering and the wood and the stones and the dust, and licked up the water that was in the trench. 39 And when all the people saw it, they fell on their faces and said, “The LORD, he is God; the LORD, he is God.”

In contrast to the Baal worshippers, Elijah spoke plainly with a brief prayer with a desire for all to know who the Lord of Israel is.

ESV  Matthew 6:7 “And when you pray, do not heap up empty phrases as the Gentiles do, for they think that they will be heard for their many words.

The NIV Cultural Background Bible note for this verse on page 1621 shares this explanation about  pagans babbling to their gods:

Gentiles sometimes piled up many names for the deities they invoked, and often appealed to deities’ ‘obligations’ to reward the petitioners’ sacrifices and the like. This approach contrasts with simple dependence on one’s faithful heavenly Father).

A final scriptural thought for today about the danger of many words:

Ecclesiastes 5:2 Be not rash with your mouth, nor let your heart be hasty to utter a word before God, for God is in heaven and you are on earth. Therefore, let your words be few.

Leave a comment on the blog to generate some group discussion.

Email me at barbaralynn@barbaralynnseibel.com if you have a private question.

We will continue our study on prayer in Matthew 6:8 next week.