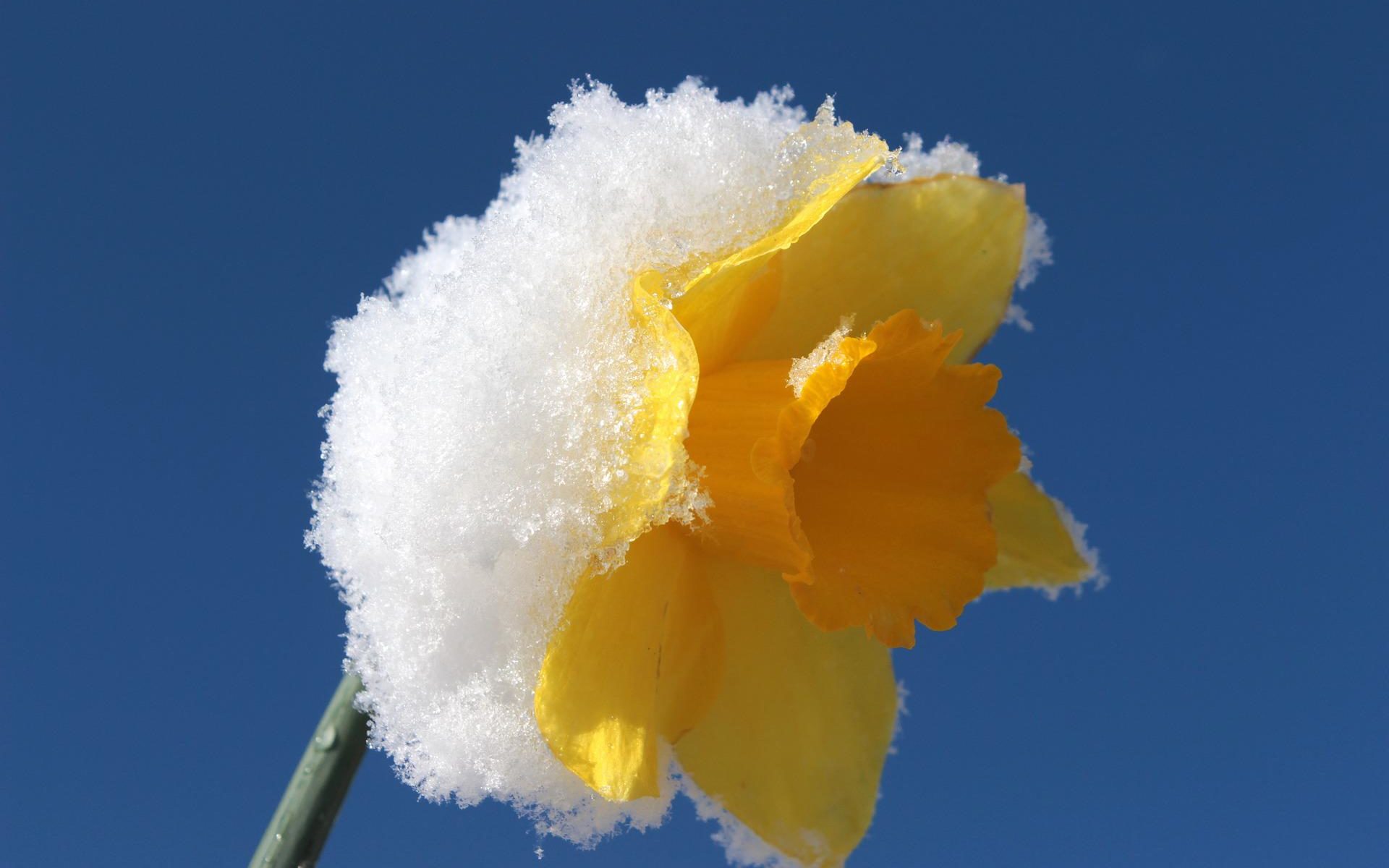 The daffodil in the picture above reminds me of something I noticed years ago.

I grew up in Kansas and my father had big daffodils referred to as jonquils planted around the house.

What age I was escapes me when I first noticed that it always snowed, at least one more time, after the daffodils had bloomed in the spring.

Ever since mentioning this observation to my mother, without fail, she has continued to report to me that it has remained a constant occurrence – at least in my hometown.

ESV  Luke 23:50-53 Now there was a man named Joseph, from the Jewish town of Arimathea. He was a member of the council, a good and righteous man, 51 who had not consented to their decision and action; and he was looking for the kingdom of God. 52 This man went to Pilate and asked for the body of Jesus. 53 Then he took it down and wrapped it in a linen shroud and laid him in a tomb cut in stone, where no one had ever yet been laid.

The passage above occurs after Jesus has been crucified but before His resurrection from the dead.

Consider the following from the Matthew Henry KJV Commentary on this man Joseph:

He himself waited for the kingdom of God; he believed the Old-Testament prophecies of the Messiah and his kingdom, and expected the accomplishment of them. This was the man that appears upon this occasion to have had a true respect for the Lord Jesus. Note, there are many who are hearty in Christ’s interests, how, though they do not make any show in their outward profession of it yet will be more ready to do him a piece of real service, when there is occasion, than others who make a greater figure and noise.

Just as I observed years ago that the snow will come again at least once after the daffodils have bloomed or at least pushed up through the soil where they had been sleeping, I will also continually seek the Kingdom of God as Joseph of Arimathea.

ESV  Luke 24:1-9 But on the first day of the week, at early dawn, [Mary Magdalene, Joanna, Mary the mother of James and other women] went to the tomb, taking the spices they had prepared. 2 And they found the stone rolled away from the tomb, 3 but when they went in, they did not find the body of the Lord Jesus. 4 While they were perplexed about this, behold, two men stood by them in dazzling apparel.

5 And as they were frightened and bowed their faces to the ground, the men said to them, “Why do you seek the living among the dead? 6 He is not here but has risen. Remember how he told you, while he was still in Galilee, 7 that the Son of Man must be delivered into the hands of sinful men and be crucified and on the third day rise.” 8 And they remembered his words, 9 and returning from the tomb they told all these things to the eleven and to all the rest.

The Kingdom of God is not among the dead but the living. The women remembered that Jesus had told them and all who had believed in Him, that He would die and then rise again.

Then after the women had reported that Jesus’ words had come true, Jesus affirms yet again that He has fulfilled prophecy and that those who were firsthand witnesses are commissioned for sharing this with all nations.

ESV  Luke 24:44-48 Then [Jesus] said to them, “These are my words that I spoke to you while I was still with you, that everything written about me in the Law of Moses and the Prophets and the Psalms must be fulfilled.” 45 Then he opened their minds to understand the Scriptures, 46 and said to them, “Thus it is written, that the Christ should suffer and on the third day rise from the dead, 47 and that repentance and forgiveness of sins should be proclaimed in his name to all nations, beginning from Jerusalem. 48 You are witnesses of these things.

God is in the business of restoring His creation to be aligned with His Kingdom. Jesus was sent by God to point the way to God’s Kingdom.

My prayer for us this Easter Sunday 2022 is that the Lord Jesus will open our minds to understand the Scriptures so that we too will be able to witness to the amazing news that the Kingdom of God through Jesus’ death and resurrection has overcome the grave.

ESV  Zechariah 8:22 aMany peoples and strong nations shall come to seek the LORD of hosts in Jerusalem and bto entreat the favor of the LORD.

2 Replies to “Looking for the Kingdom of God”